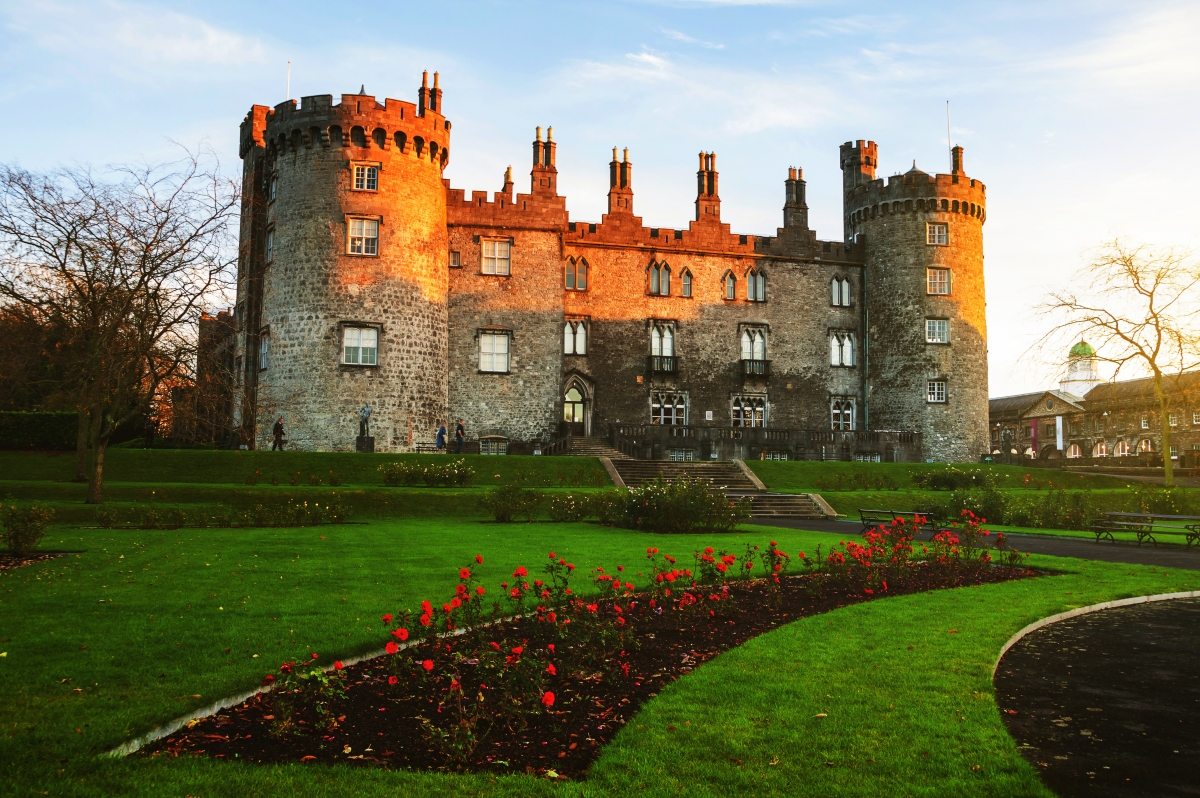 What better way to discover and explore one of Ireland’s most impressive historic locations than by one of our personal chauffeur/guides.  Back in the 13th Century Kilkenny Castle would have been regarded as a clear symbol of Norman occupation and rule.  Constructed back in the 12th Century, by the infamous ‘Strongbow’, Kilkenny Castle’s original function was as a form of defence and control point of several junctions on the river Nore.  It was subsequently purchased by James Butler, 3rd Earl of Ormonde in 1391 and whose family continued to rule the area for over five hundred years.  The Butlers were a remarkable family.  As Earls, Marquesses and Dukes of Ormonde they were resilient, politically astute and faithful to the crown and to Ireland as dictated by the politics of the times. These loyalties determined their fortunes and career, and so too the fortunes of their seat.  In the late15th Century, Lady Margaret Butler, daughter of the 7th Duke of Ormonde married Sir William Boleyn and was the paternal grandmother of Anne Boleyn, 2nd wife to King Henry XIII.

The property was given to the nation in 1967 and the castle grounds are now manged by the Office of Public Works.  The gardens and parkland adjoining the castle are open to the public and the Parade Tower is a conference venue.  Tours take place every 20 minutes during July and August and take approximately 45-50 minutes.

Contact us for further information, to arrange collection details and/or airport transfers.

Tours
...our drivers on both occasions were exceptional. Their local knowledge ensured that we saw many sites that I feel sure if we were traveling on our own we would never have known about. View Testimonials
One Day Tours
Follow Us